After nearly three generations, Frank’s Cocktail Lounge is closing for good.  The final day will be April 10, 2020, so get over there for your final drinks and photos with old friends.  660 Fulton Street, which housed the local bar and dance club was sold by the family and is closing after nearly three generations of operation in Fort Greene.  The famed bar opened at its current location in 1972 after the original location was razed during the Atlantic Terminal Urban Renewal Project (ATURA) which removed and relocated over 2000 families and businesses mostly black. 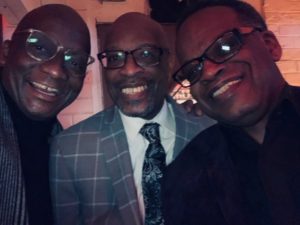 The family owned business has roots in Brooklyn since the 1950’s when Cain Young, father of Frank Perkins, owned and operated the Kingston Lounge.  Frank’s Cocktail Lounge has been the backdrop to an ever-changing landscape from sailors to hipsters, a local watering hole that has been a stalwart for decades.  After surviving the bulldozers of urban renewal in the 1960’s, the economic downturn of the 1970’s and ultimately gentrification of the last 30 years, the current owners, brothers Terry and Tyrone Perkins simply said it was time.

Fort Greene has been the home to black-owned businesses since the 1860’s. (www.fortgreenefirst.wordpress.com).  The community was once home to the largest concentration of black-owned businesses in New York as recently as the 1980’s.  So, the closing of Frank’s Cocktail lounge is a bittersweet reminder of times long gone and fleeting local black economic power.  What is quite stark about the history of the decline and renewal in Fort Greene is the casual role played by urban policy. Together the city and private real estate interest have engaged in the creative destruction of its landscape, making way for current real estate development at the expense black residents and businesses.

Frank’s Cocktail Lounge has undoubtedly been the home to many disc jockeys, birthdays, romances, repasses, dances, bartenders, bouncers and memories shared by people from all over the world.  Many will miss them, if people make the world go around, certainly Frank’s cocktails helped many to lounge.

Article was written by

2021 Kitchen Trends in NYC in Line with National Trends